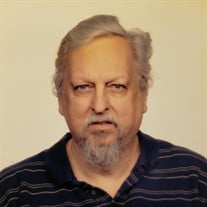 James "Owen" Bates, Sr. 74 – Died October 5, 2021. Owen was born July 9,1947 in Norwood, MA. To George W. Bates and Constance M. Bates, both deceased. Owen met his loving wife of 52 years while serving in the U.S. Army in Oklahoma. After his tour in Vietnam, he returned to Oklahoma, where they were married. Shortly after, they moved to St. Louis, Missouri, where they raised their family. He is survived by his wife, 3 children and 6 grandchildren. He will live on in the hearts of his wife Bobbie Bates, his son, James Owen Bates Jr and his daughters, Carrie White, and Cheryl Mora. His grandchildren—Brianna and John White, Courtney Engelmann, Francheska and Gabriel Mora, and Cesia Bates. He is also survived by three brothers—William—WA., Charles —RI.,and Larry Bates—CT., five sisters—Constance Menard—FL.—Barbara Keene—MA. Edith Barbato—GA.—Faith Bates—FL.—and Darlene Bates—CT. He had 2 deceased siblings Robert Bates and Marian J. Bates. He was a loving and devoted husband and father. He was a kind, generous, honest man who will be deeply missed by all who knew him. He was cremated and a memorial will be on a later date.

The family of James Owen Bates Sr. created this Life Tributes page to make it easy to share your memories.

Send flowers to the Bates family.