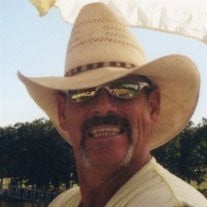 Cain, Michael “Mike”, was born October 1, 1958, in St. Louis, Missouri, to Marion and Vivian (nee Quevreaux) Cain, and entered into rest, Tuesday, November 5, 2013, at his home in Dittmer, Missouri, with his Fat Cat Mia. He was 55. He is preceded in death by his parents and a wife, Susan Cain. He is survived by two children; Michelle (Jake) Zubic, of St. Louis, Missouri and Michael (Jaime) Cain of St. Louis, Missouri, two step children; Heather (Jake) Krafve, of St. Louis, Missouri and Matt (Lindsay) Burnham, of Dittmer, Missouri, three step grandchildren; Colt, Blayne and Kai, five siblings; Douglas (Mary) Cain, of St. Louis, Missouri, Lester (Denise) Cain, of Lonedell, Missouri, Vicki (Jeff) Dixon, of West Harrison, Indiana, John (fiancé Tracy) Cain, of Dittmer, Missouri and Kathleen (fiancé Heath) Cain, Dittmer, Missouri, his beloved dog, Chewy, his dear friend, Alex (Carroll) Davis, of Ware, Missouri, several nieces and nephews, and many other relatives and friends. Mike was a hardworking, self-employed dump truck driver. He loved his job, family and being with friends. When he wasn't driving his dump truck he could be found surrounded by friends, weed eating or cutting grass. Mike was a generous, charismatic, fun loving man who was the true definition of "friend to many and stranger to none". He will be dearly missed by all who knew and loved him. Many family and friends will gather to celebrate the wonderful life of Mike on Saturday, November 9, 2013 from 2-6 p.m. at Arrowhead in Cedar Hill, Missouri. Memorial donations may be made to the Mike Cain Memorial Fund at Rockwood Bank.

The family of Michael Allen Cain created this Life Tributes page to make it easy to share your memories.

Send flowers to the Cain family.