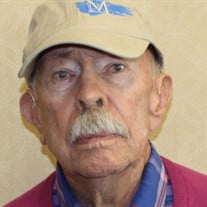 Curtin, Norbert Francis (Curt) died on January 22, 2018 age 90. The son of Francis J and Loretta De Baere Curtin, Curt was born in Oak Park, Illinois on December 18, 1927. Because his mother died when he was 7, Curt spent most of his childhood in an apartment in Chicago with his father. His fond memories were of boyhood friends, pick up games of softball and going to the movies 3 times a week with his dad. Summers he took the Indian Trails bus to Paw Paw Michigan where he spent a happy childhood surrounded by aunts, cousins and his beloved grandmother. After serving in the Army during the Korean War, Curt obtained his bachelors and masters degrees from DePaul University and his post graduate work from Northwestern University. In 1958 Curt traveled to Germany where he taught social studies to army personnel for the University of Maryland. While there he met his wife Joan Seeley and they were married in Bad Cannstatt Germany in 1960. Later they returned to Chicago where their son Robert was born. They lived in Western Springs, Illinois for more than 50 years. Curt taught at Proviso West High School and at Triton Junior College. After retirement Curt enjoyed reading the New Yorker and the New York Times, playing bridge and leading small groups on theater tours to London through Lyons Township High School Adult Education. He especially liked being at his lake house in Michigan where he had spent so many happy summers. Curt was a wonderful companion because he was widely read, well informed and always interesting. He had a wonderful sense of humor and a penchant for making people laugh. He was devoted to his wife, son and grandchildren. His family was everything to him and he moved to Kirkwood Missouri in 2016 with Joan to be closer to them. He will be greatly missed. Curt is survived by his wife Joan, his son Robert and daughter in law Laura, his grandchildren Mark and Sarah and his cousin Catherine Haynes. His life will be celebrated at a memorial service in Paw Paw Michigan during the summer.

Curtin, Norbert Francis (Curt) died on January 22, 2018 age 90. The son of Francis J and Loretta De Baere Curtin, Curt was born in Oak Park, Illinois on December 18, 1927. Because his mother died when he was 7, Curt spent most of his childhood... View Obituary & Service Information

The family of Norbert Curtin created this Life Tributes page to make it easy to share your memories.

Send flowers to the Curtin family.