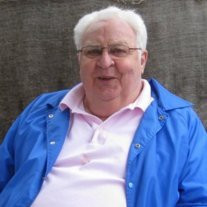 The family of Stonebraker "Butch" A. Dotson created this Life Tributes page to make it easy to share your memories.

DOTSON, Stonebraker &quot;Butch&quot; A., of St. Charles, Missouri, was...

Send flowers to the Dotson family.