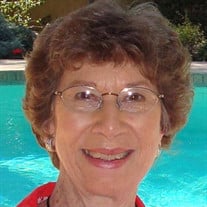 OBITUARY FOR CAROL IRENE (KINGELIN) HILLIARD Carol Irene Kingelin Hilliard was born on May 15, 1940 in Houston, Texas to George G. and Maxine E. Kingelin. She lived in the city of Southside Place, a city within the city of Houston throughout her childhood. During this childhood, she contracted polio prior to the development of the vaccine. She fought a good fight and won the immediate battle but carried the after-effects of the disease for the rest of her life – spine, joint, muscle, and general health issues. She lost her battle on July 02, 2021, passing away peacefully in her sleep. Carol was an active member of St. Andrews Presbyterian Church during her life in the Houston area. After finishing at Bellaire high school, she continued her education at Austin College in Sherman, TX, where she graduated with a BA degree. She returned to the Houston area and went to work for Humble (now Exxon-Mobil). Working in the oil and gas industry allowed her to meet many people, one of whom was Harold M. Hilliard, a research chemist with a petroleum industry service company. They were married in 1970 and lived in various locations in the US, including Louisiana, Houston, and St. Louis, MO, until Harold was transferred to Europe. Their home In Europe was in a small town outside of Liverpool, England. While there, they traveled throughout Europe on his time off from work. They were also excellent tour guides and hosts to visiting family and friends. When Harold’s work in Europe was finished, they moved back to St. Louis, MO, his company’s headquarters. They settled in a house above a creek and park in Webster Groves, MO just outside of St. Louis. There they both enjoyed the wildlife and nature but also attended the symphony, plays, lectures, Cardinal baseball games, etc. There wasn’t a cat, dog, or bird that wasn’t her friend. In late 2016, they left their beloved home and moved into a lovely expansive retirement community in St. Louis where Harold passed away on September 14, 2020, after a beautiful togetherness of 50 years. Carol was preceded in death by her parents and her husband. She is survived by her brother, Rick Kingelin and wife, Kay, of Bullard, TX, and her sister Mary Kingelin of Houston, TX, whom she enjoyed traveling with on many sisterhood excursions. Carol’s ashes will be placed with Harold’s ashes in the Kingelin Family plot in Perry, OK. Due to the COVID-19 virus, there will be no public service.

OBITUARY FOR CAROL IRENE (KINGELIN) HILLIARD Carol Irene Kingelin Hilliard was born on May 15, 1940 in Houston, Texas to George G. and Maxine E. Kingelin. She lived in the city of Southside Place, a city within the city of Houston throughout... View Obituary & Service Information

The family of Carol Irene Hilliard created this Life Tributes page to make it easy to share your memories.

Send flowers to the Hilliard family.