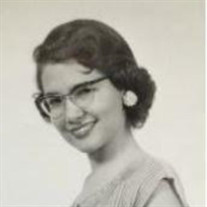 Rita Helen Williamson Canfield died peacefully at home with her family on the evening of June 5, 2020 from complications related to Non-Hodgkins lymphoma and an on-going infection. Rita, the daughter of Clair Williamson and Helen Johnston Williamson,... View Obituary & Service Information

The family of Rita Helen Canfield created this Life Tributes page to make it easy to share your memories.

Rita Helen Williamson Canfield died peacefully at home with her...

Send flowers to the Canfield family.